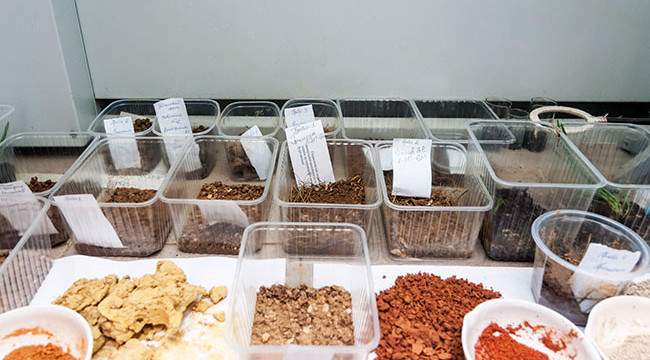 Medicines and vitamins «revive» the soil and make it fertile.

Complex «LSF» starts the natural processes of biotransformation of substances. After its use, instead of degraded, polluted soil, fertile, vibrant, healthy land is obtained, which means healthy food, resistant plants, and a high yield of environmentally friendly products. Natural technologies set in motion the «wheel of life», the biogenic circulation begins, and the processes characteristic of living systems are enhanced.

The highly efficient biotechnological complex «LSF» («Living Source of Fertility») starts the processes of humification – humus formation and soil microflora activation without the use of chemicals. Two weeks ago, scientists from Samara Polytech began preparing three patent applications for unique vitamins and medicines.

– Special biological farming, the main point of which, is to «feed» the soil, not plants, - says Vlada Zabolotskikh , the project supervisor, associate professor of the Chemical Technology and Industrial Ecology department, Candidate of Biological Sciences.

– We managed to increase the rate of humus formation by dozens and even hundreds of times and get fertile soil on which resistant, strong, useful plants without nitrates will grow, - master student Svetlana Kutmina shared her research results.

Experts have carried out experiments with special dietary supplements, studied composting processes and grown green manure (plants that improve soil structure). The result of scientific researches, which took place in the laboratory department and on model field plots, became developed complex mixtures consisting of several components: natural sorbents, organo-mineral additives, biological products and humic acids. These mixtures were experimentally tested on various types of problem soils, and for each type the most effective variants were suggested.

Technologies for the use of substrates, which allow farmers bring in life-giving cocktail (mixture) with no fuss to the areas of soil cover to be reanimated – is also the subject of scientific interest of university ecologists. For example, there’s an idea of releasing mixtures in capsules with soluble shell. Besides, garden variant of «LSF» bioreactor was also developed to produce biohumus from plant and other types of organic waste, to increase soil fertility in the kitchen garden as well as in the flower garden.

Thus, a PhD student Marina Evleeva , using mycelial substrate, which remains after growing mushrooms, and additives, which regulate the composting process, made valuable biological manure (biocompost) from wastes, which won’t poison the soil, but increase its fertility and soil community stability. 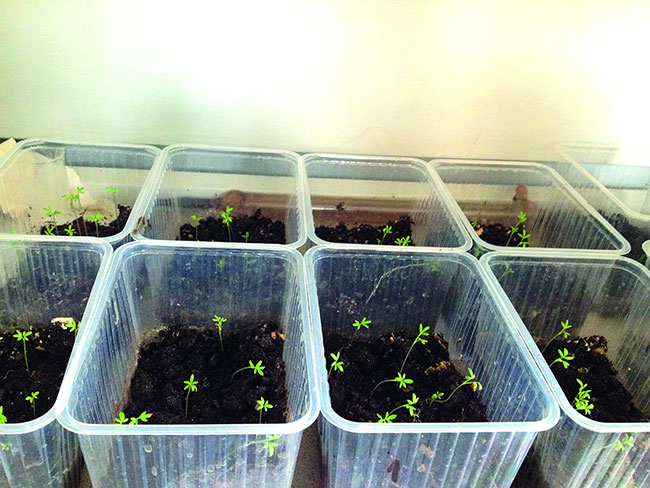 LSF is suitable for any type of soil.