The scientists of the flagship university develop the concept of inhabited space. Two projects directly related to future construction on the Moon are developed at the university 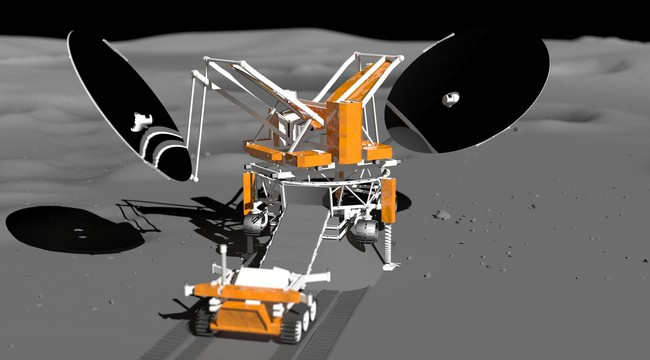 Before the station appears on the Moon surface, it is necessary to build experimental uninhabited artificial stone objects. To create stone structures on the Moon, the scientists suppose to use regolith - fragmentation lunar soil.

«We propose to use the developments which are now at our disposal on the Moon,» says Anton Rakov, PhD in Architecture, a member of the Designers Union of Russia, an associate professor of the Innovative Design Department of Samara Polytech. He adds that it is a matter of fusing the lunar soil with the help of directional solar energy onto the surface. The stone obtained from regolith is the ideal material in the lunar environment. Dr. Rakov mentions that after improving the available technology of 3D printing, they designed a model of a robotic complex - heliolithography laboratory for construction production.

Anton Rakov's heliolithograph, consisting of two blocks, will focus the sunlight with the help of four mirrors and sinter the lunar soil in hard stone details. Regolith and objects derived from it can be moved by a special manipulator. Artificial lunar stones will be used for constructing protective structures over production facilities, power plants and residential modules located on the surface of the Moon.

One part of the lunar development concept is a larifuga or walking architecture. «Larifuga» translated from Latin means «a tramp». This is an interdisciplinary invention of designers and IT specialists of Samara Polytech.

Architects Anton Rakov and Julia Ratieva calculated an innovative scheme for converting rotary motion into steps. The mechanism, made on its basis, is a free platform, located on walking piers. The structure was called KC-13.

The developers drew inspiration in the wildlife. KC-13 reflects nature: the mechanism was created on the basis of the structure of the mammals, reptiles and insects' limbs. In some modifications, the object is set in motion only with the help of human muscular strength, in others electric motors are installed. Nowadays such mechanisms are made of plywood; in the future the use of metal and concrete is planned.

«The project has grown out of a social problem», explains Anton Rakov, PhD in Architecture, a member of the Designers Union of Russia, an associate professor of the Innovative Design Department of Samara Polytech. «Graduating from the university and starting their own business, young professionals face the issue of renting. It is expensive, but there is no guarantee of a stable income. Hence the need for a special, charge-free object that does not create inconvenience to others, and if necessary, could move freely from place to place». Mobile facilities on wheels, the scientist believes, are not always suitable for such use, in addition, they need an engine and have difficulties with maneuverability and patency. In this sense, walking designs look more promising.

Such mobile objects exist only in the form of prototypes. However, in the nearest future, the construction of the first walking office is expected which should solve the problem of shortage of cheap office space for young companies and for freelancers.

Recently, Samara Polytech student Artem Brazhnikov has perfected the larifuga. Now it can be controlled with a joystick.

A team of scientists led by an engineer, PhD, assistant professor of «Chemistry and Technology of Organic Nitrogen Compounds» Department Alexander Pyzhov invented the original technology of manufacturing a protective dome of a lunar habitable station and created a simulator of regolith.

Taking basalt from the South Ural field as a basis, scientists obtained a prototype of the lunar soil in the laboratory, and bricks formed from it were baked in a microwave oven. Such a mass of regolith will withstand only the dome structure, which scientists suggest to erect with the help of a pneumatic decking. In the crater inflatable balloon resembles a balloon, and is covered with bricks from the regolith. Above, the shell is covered with a layer of lunar soil and protected from direct hit of meteorites by another layer of blocks. With the construction will be able to cope robots. 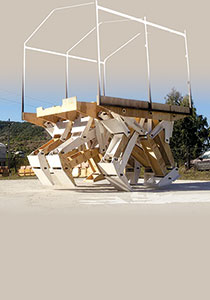 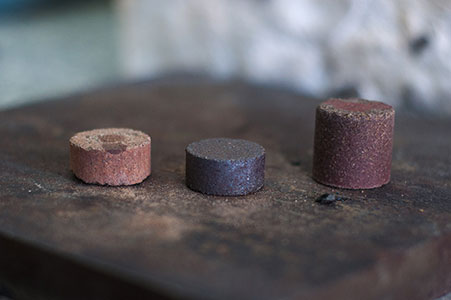 Daily Mail «Russian-built 'house with legs' moves during a demonstration»