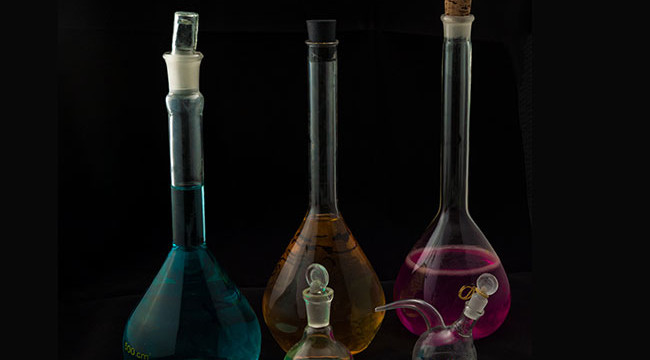 Cascade reactions are often used to synthesize complex compounds. These are sequences of rapidly following one after the other intramolecular reactions, proceeding through a series of highly reactive intermediate substances. The advantage of cascade reactions is that they proceed under the same conditions and do not require the addition reagents or catalysts. The main thing is to calculate the initial conditions to obtain the target substances.

«We proposed an unknown transformations chain that allowed us to develop a new approach to bicyclic diamines, which are important in practical terms,» said Vitaly Osyanin, Doctor of Chemical Sciences, Professor of the Organic Chemistry Department. He added that this class of compounds remained very small until now, and the synthesis of such substances has been associated with a number of difficulties.

The interest in diamines (1,5-diazabicyclo [3.2.1] octanes) lies in the prospects for their use. They are similar to substances synthesized several years ago with an antimalarial effect in their structure.

Usually to study the biological activity of a particular group of compounds scientists need dozens or even hundreds of analogs with different atoms - hydrogen substituents in an organic molecule. As a result, only one of them shows sufficient activity in combination with low toxicity and it is suitable for use. Therefore, to develop a medicinal product, it is necessary to expand the number of compounds studied which will also be synthesized with the help of the developed reaction. Only in case of good cells and animal tests results the obtained substance can be patented. Perhaps, it will be possible to create a new medicine for diabetes.

In addition, a target-oriented approach to new inhibitors of ion channels of RNA genomic viruses based on the framework structure compounds was developed at the Organic Chemistry Department under the supervision of the Doctor of Chemical Sciences, Professor Yuri Klimochkin. The scientists discovered new principles in development of technologies for production of adamantane series pharmaceutical substances. Moreover, they also developed the synthesis and functionalization of condensed 4H-pyrans and furans, as well as the synthesis of non-racemic neurotropic specimens of a number of GAMMA derivatives (gamma-aminobutyric acid) based Michael-type asymmetric addition reactions.