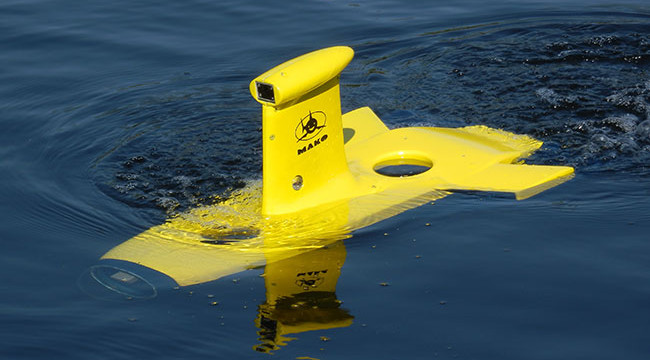 The special robotics complex was created in Samara Polytech in order to analyse the aquatic environment. The complex consists of submarine and surface vessels and includes high-precision equipment for oceanological research. This robotics complex can be used for military and civil purposes. The project is implemented in collaboration with the Institute of Defense Research.

The scientists of the flagship university have been engaged in the creation of autonomous water watercrafts for several years. Among their inventions there is the surface wave glider which is able to «soar» over the water surface due to hydrodynamics. Such gliders are used to retransmit signals from under the water, to measure the parameters of the water surface, and as charging stations.

The scientists have also designed submarine vehicles that are able to examine hydrochemical, hydrophysical, and hydrobiological parameters of the water. Those can probe the temperature, the thermal conductivity, the content of various substances in the water, to identify the objects and observe them. These devices are able to move both by means of engines and due to hydrophysical principles. A complex system of inertial navigation allows them to independently determine the depth, direction, trajectory, and to cover thousands of kilometers distances.

Information-measuring devices for all carriers are developed by the Institute of Automation and Information Technologies of Samara Polytech. Nowadays, it is the most accurate equipment with a forty-year history in Russia. The software allows to carry out complex analysis and interpret the data. Some of the devices are able to withstand the pressure up to 1000 atmospheres, so they can dive to the maximum depth of the global ocean.

The oceanologist robots of Samara developers can be used for scientific purposes, in the fishery sector and oil and gas industry.