Scientists of the Samara Polytech sinter lunar soil in a microwave 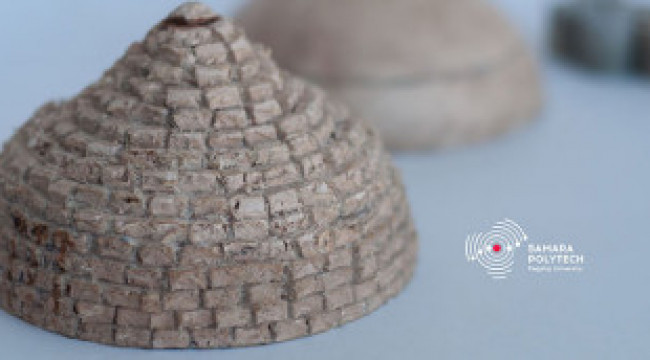 Samara scientists continue to develop the concept of inhabited space. Another method for the manufacture of building blocks from lunar regolith is proposed and a rather simple, but very strong and fast-built construction of the protective dome of the lunar station is developed.

A team of scientists led by an engineer, candidate of sciences, associate professor of the Department of Chemistry and Technology of Organic Nitrogen Compounds, Alexander Pyzhov , taking basalt from the South Ural deposit as a basis, made a model of lunar soil in the laboratory, and baked the samples formed from it in a microwave oven. In addition, scientists have proposed a new technology for the manufacture of a protective dome for lunar settlements. A patent was received for the first version of a unique architectural structure ( https://www1.fips.ru/publication-web/publications/document?type=doc&tab=IZPM&id=A9AB2313-3350-4180-AAF1-69418F710227), and in preparation for patenting, a second, more effective version. Recent research results published in the journal «Aerospace Sphere» ( https://cyberleninka.ru/article/n/zaschitnyy-kupol-obitaemoy-stantsii-na-poverhnosti-luny). The initiator of all experiments is the tenth grader of Samara school number 64 Ilya Yanov.

– Many already know about the technology of making bricks in lunar conditions using sunlight, «explains Alexander Pyzhov». But I think this method has two obvious drawbacks. Firstly, the day on the satellite lasts about 15 Earth days, the moon night lasts as much, during which the stationary heliolithographic production will obviously be idle. It also takes about five hours to create one, for example, a 100 kg block suitable for construction in a solar furnace. It's a lot.

The technology used by polytechnic scientists makes it possible to make bricks by sintering regolith in a microwave oven five times faster. The strength of bricks from a simulator of lunar soil is significantly higher than the strength of clay bricks, and the density of the finished regolith block is close to the density of basalt.

Basalt is poured into the mold for the future brick, then it is moistened to simulate the cohesion of the lunar soil and compacted. After drying, the finished sample is placed in a heat-insulating chamber (box). Such a box will reduce heat loss and keep the temperature longer at which the workpiece is sintered. It is about 1100 - 1150 degrees Celsius. Boxing is closed and put in the microwave without a turntable for 40 minutes. The finished ceramic sample is then tested.

Before starting work, the inhabitants of the lunar station must surround themselves with a strong protective barrier, for example, in the form of a lancet or conical dome, which scientists prefer over the usual, regular hemisphere.

A pneumatic formwork resembling a balloon is inflated in the crater recess, which is then lined with blocks of sintered regolith. From above, the shell is covered with a layer of lunar soil with a thickness of four to five meters, and then is protected from direct meteorites by another layer of blocks. Robots will be able to cope with the construction. Only such a protective structure can protect the inhabitants of the lunar station from cosmic radiation and impacts of meteorites weighing up to 200-300 g.

Tests of models of various types of domes, conducted at the Samara Polytech, showed that when compressed, the lancet shape of the shelter is 15 - 18 percent stronger than the model of a traditional dome of the same dimensions. 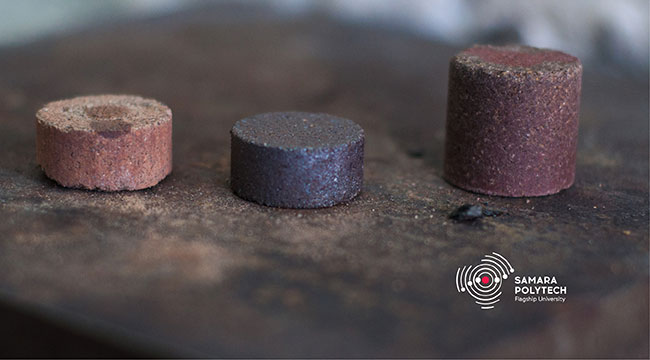