Simulators for the lower jaw have been developed in Samara Polytech 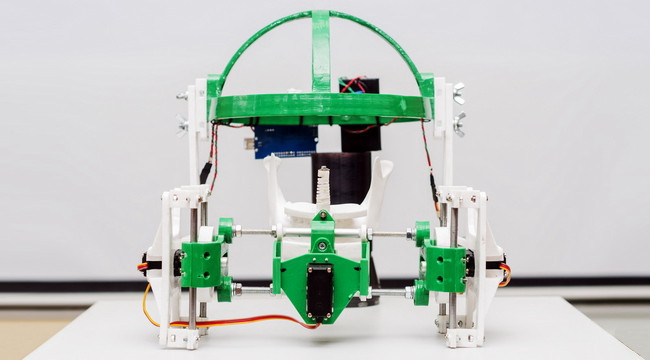 The project was initiated by a group of scientists from Samara State Medical University (Samara Medical University). It was necessary to create a mechanical device for mechanotherapy and myogymnastics (simulator) in the maxillofacial area. Medical researches turned to the Samara Polytech for help.

Today, according to various estimates, up to 60 percent of the world's population suffers from TMJ pathologies. Unfortunately, there is still no effective solution to this problem. There are simple models of simulators for the lower jaw, but their use is fraught with some difficulties.

According to the orthopedic dentist who deals with this topic, Yulia Reshetnikova, the existing simulators do not allow patients to independently develop the muscles of the maxillofacial area, and specialists cannot monitor the treatment process by setting the impact forces and the amplitude of the opening of the jaw.

In general, TMJ pathologies are considered complex and multidisciplinary. Not only dentists, but also vertebrologists, chiropractors and neurologists are often involved in their treatment. A group of scientists from Samara State Medical University under the leadership of Professor Dmitry Trunin decided to seek help from engineers.

For scientists of the Samara Polytech, the topic was absolutely new. They had to delve into it from scratch.

«A plastic 3D model of a unique device that fits over the head and fastens on the jaw followed the calculations and drawings,» says Anatoly Litikov, head of the laboratory of the «Building Mechanics and Resistance of Materials» department of the Samara Polytechnic Faculty of Industrial and Civil Engineering. - The device operates in two planes: sagittal (up - down) and frontal (left - right). Following the guide the jaw as well.

The resulting simulator must take into account all the peculiarities of the movement of the human lower jaw.

Now this device, up to each node, is patented.

Temporomandibular joint (TMJ) is a paired joint that drives the lower jaw.

Myogymnastics is a type of physical therapy, which is used in orthodontics to correct disorders in the dental-maxillary system.