They absorb carbon dioxide and carcinogens 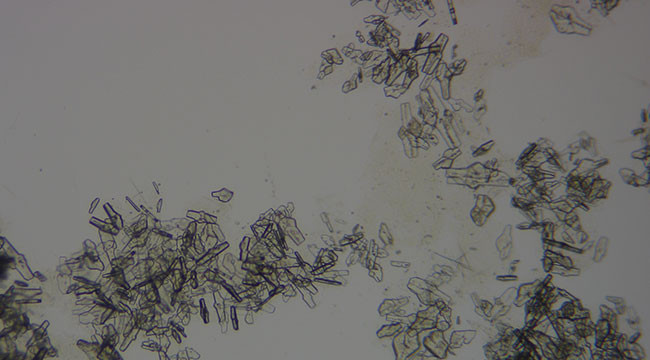 New materials have been developed able to absorb carbon dioxide and cancer-causing aromatic compounds from the air.

The Russian chemist, together with the Chinese and Italian colleagues, developed three previously unknown materials for adsorption of carbon dioxide and cancer-causing aromatic compounds from the air. CO 2 absorbers are used in industry and play a significant role in modern ecology. The material developed by the chemists is characterized by the record complexity of intermolecular weaving, as well as the high level of flexibility and efficiency. In addition, the adsorbent can be dissolved and recrystallized an infinite number of times without the loss of efficiency. The scientists reported on their work in the Journal of the American Chemical Society (DOI: 10.1021/jacs.0c02406). The research was supported by the grant of the Presidential Program for Research Projects of the Russian Science Foundation (RSF).

Adsorbents of carbon dioxide and volatile aromatic compounds are used in various industries, ranging from food to petrochemicals: they help to clean indoor air from toxic (at high concentrations) substances and reduce the amount of carbon dioxide in the atmosphere slowing down the global warming. Novel materials used as adsorbents have a specially woven hydrogen bonded networks and therefore are able to independently increase in size, using only their own molecules. Previously, other researchers designed ten different variations of adsorbents, but they may be more expensive or insufficiently efficient due to the weak adsorption capabilities, and thus require upgrading. The main problem that scientists pointed out is not related to chemistry, but rather to geometry - the molecules ofadsorbentss have an uncomfortable non-planar triangular structure forming the deformed hexagons. It is suitable for the pore formation, but the adsorption properties of the material are not good enough.

The project manager on the Russian Science Foundation grant Eugeny Alexandrov, Candidate of Chemistry, head of the laboratory of the Synthesis of new crystalline materials of Samara Polytech tells «Our scientific team synthesized three variations of crystalline materials from the same 4,4',4''-(1,3,5-triazine-2,4,6-triyl)-tribenzoic acid (H 3TATB) of a flat triangular structure. We used isopropyl and ethyl alcohols as well as water as solvents for crystallization. We saw the greatest potential in these substances for adsorption of carbon dioxide and volatile aromatic compounds. The distinctive feature of our adsorbents is a highly undulated structure. We tuned the self-assembly of microscopic particles under conditions of elevated temperatures and pressure. Also, an important innovation is the fact that we were able to increase the number of intermolecular interactions and the stability of the materials. An increase of their molecular density was possible due to the growing complexity of the interwoven networks of hydrogen bonds between the molecules».

As a result of the synthesis carried out in a closed vessel for 7 days at a temperature of 60-90 ° C, the researchers obtained three materials consisting of the same building block H 3TATB and differing in structure: PFC-11 and PFC-12 were obtained from the ethyl and isopropyl alcohols and have open pores of different sizes, and PFC-13 was obtained from the mixture of the ethyl alcohol and water and has only closed pores. The substance with such a composition had been synthesized before, but the authors found the new, more stable and effective crystalline phases by heating and cooling the material.

The main advantage of the development of the Samara scientists was its accessibility and the ability to fully regenerate (renew) this material: the crystals can be dissolved and recrystallized an infinite number of times, recovering the efficiency of the adsorbent. In the course of the structural analysis, it is found that, in the light of the complexity of the interwoven molecular «networks» and the adsorption parameters, the materials invented by the scientists are the best in the world, despite the fact that the filter was not the most effective one, but its high stability in water and other solvents, and the ability to absorb large quantities of benzene vapor and to be regenerated are the great innovations. In the future, the study of the scientists will help to find the most promising material for the air cleaning from carbon dioxide and carcinogenic aromatic compounds.

The text was prepared by the Russian Science Foundation.